Eating vitamin K foods is quite easy, and important for people with some health conditions or a deficiency in this nutrient.

What is Vitamin K?

Vitamin K is a water-soluble vitamin that comes in two main forms, K1 and K2. The bacteria in our gut are able to convert vitamin K1 into vitamin K2, which can then be used by the body in a variety of ways. Vitamin K1 is found most commonly in green leafy vegetables, although there are plenty of other dietary sources. [1]

Vitamin K has an impressive list of health benefits which include:

The best vitamin K foods include brussels sprouts, prunes, dried basil, avocado, kale, and Swiss chard, among many others. 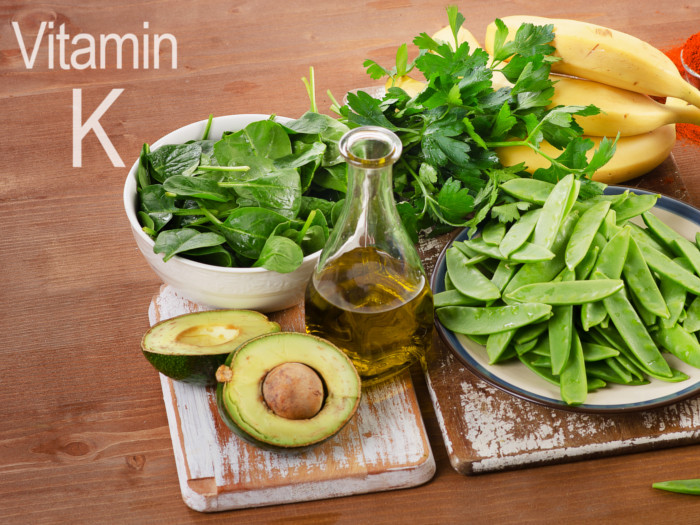 When it comes to high levels of vitamin K, not many things are better than green leafy vegetables. They deliver an average of more than 400 micrograms in half a cup! That is more than 4 times the typical recommendation per day. [2]

1 cup of prunes offers 104 micrograms of vitamin K, which is just over 100% of your daily requirement (using 100 micrograms as the average recommendation). [3]

Dried basil not only has high levels of antioxidants and essential minerals, but it also contains approximately 45% of your daily requirement in each teaspoon. [4]

One of the green leafy vegetables with the most vitamin K, a single cup of kale offers more than 1100% of our daily requirement in this nutrient. [5]

This popular vegetable contains roughly 60% of the daily requirement for vitamin K in 1 medium-sized cucumber.

A single serving of brussels sprouts contains more than 240% of the daily requirement for vitamin K. [7]

Despite only have 36 calories per serving, Swiss chard will deliver more than 600% of the recommended vitamin K intake per day. [8]

Generally, there is not an upper limit on the amount of vitamin K one can consume per day. Although the exact amount may vary based on age and gender, most people are recommended to consume between 75 and 120 micrograms of vitamin K each day.

Rate this article
Average rating 3.7 out of 5.0 based on 6 user(s).
Read This Next:
Popular Articles